The Battle of Chatham Harbor 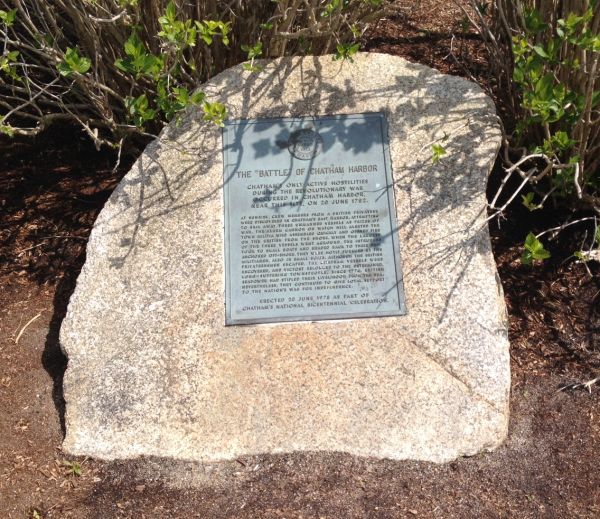 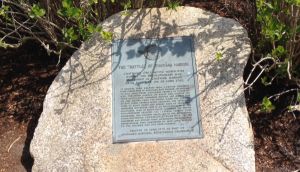 This small monument adjacent to the Lighthouse overlook parking area commemorates Chatham's only action during the Revolutuonary War.

The Battle of Chatham Harbor

Chatham's only active hostilities during the revolutionary war occurred in Chatham Harbor, near this site, on 20 June 1782.

At sunrise, crew members from a British privateer were discovered in Chatham's East Harbor, attempting to sail away three unmanned vessels as prizes of war. The alarm cannon on Watch Hill alerted the town militia who assembled quickly and opened fire on the British from the shore. When the largest of the three vessels went aground, the intruders took to small boats and headed back to their ship, anchored off-shore. They were hotly pursued by the militiamen, also in small boats, although the British privateersmen escaped, the Chatham vessels were recovered, and victory belongs to the determined, long-suffering townspeople. Since 1776, British Seapower had stifled their livelihood from the sea; nevertheless, they continued to give loyal support to the nation's war for independence.