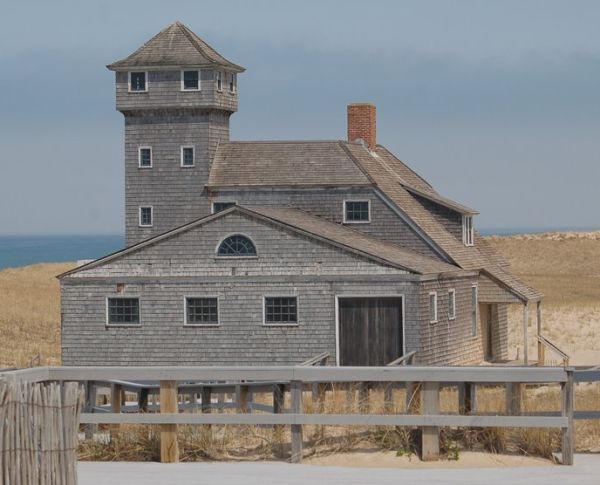 Old Harbor Life-Saving Station was built in Chatham in 1897. The station was operated by the U.S. Coast Guard, and its precursor the U.S. Life-Saving Service, until it was decommissioned in July 1944. The building was later obtained by the National Park Service, and in November 1977, it was moved by barge to Provincetown. In summer, breeches buoy rescue re-enactments are conducted on the grounds on Thursday evenings.