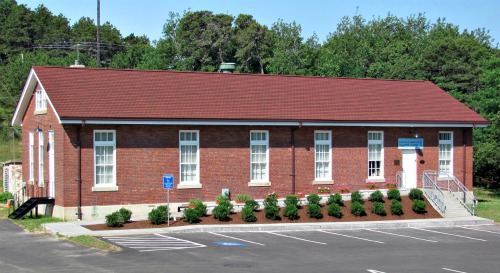 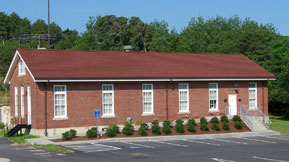 The Marconi-RCA Wireless Museum this year hosts a special exhibit “BREAKING BARRIERS – WOMEN AIRFORCE SERVICE PILOTS (WASP) of WWII” in its Wireless History gallery, while there will be new and refreshed exhibits in the other two galleries of the museum, all located at 847 Orleans Road (Route 28) in North Chatham across from Ryder's Cove.

More than 1,000 women – including nine who were stationed at Otis Field on what is now Joint Base Cape Cod in Bourne – stepped in to fill the void created when most of the male Army Air Force pilots were shipped to the European and Pacific theaters. These women picked up the slack, ferrying planes around the U.S., as well as into the war zones; towing gunnery targets; transporting equipment and personnel, and flight-testing aircraft.

The display, combining interactive elements, artifacts and detailed explanatory panels, will feature elements and material from several noteworthy institutions including the National WASP Museum in Sweetwater, TX, and the National Museum of the Mighty Eighth Air Force in Pooler, GA.

Wireless Today - and into the future - is the theme for the exhibit gallery in the Education Center. Exhibits encompass wireless technology behind the digital age, modern travel and cyberattacks, joining ones on tracking white sharks and ships at sea.

The third gallery has no walls or ceiling or traditional flooring and is the one gallery truly open year round. This is the Antenna Field Trail behind the Operations Building, a winding path through the flora and fauna of Cape Cod with interpretive signs identifying and describing the station's antennas. Some of the antennas are original, some replicas of those which had been used by WCC (the designation of the radio station headquartered in the Museum building), and some of them are in operation today for communication with ham-radio operators around the world.

In addition to relaying all types of commercial and personal messages to ships around the world, WCC provided communications to pioneer aviators including Charles Lindbergh, Amelia Earhart and Howard Hughes. Visitors can explore interactive exhibits (such as one teaching basic Morse code), highlight videos of Marconi's life, the role of WCC in world events, the ship-to-shore communication process with the actual shipboard radio from the hospital ship SS Hope, artifacts from important periods in WCC's history and the opportunity to view our preserved 1914 station campus.

The Marconi-RCA Wireless Museum is the museum of the Chatham Marconi Maritime Center. It is open one weekend each month off-season, and opens its regular 2017 Summer season on Chatham History Weekend, June 16-19. A weekly Summer Speaker Series provides interpretation and context for the museum's exhibits, and the Center offers engaging STEM classes for youth year-round. For specific days and hours of operation and more information, use the contact information above.